5 Things To Know Before Visiting Russia 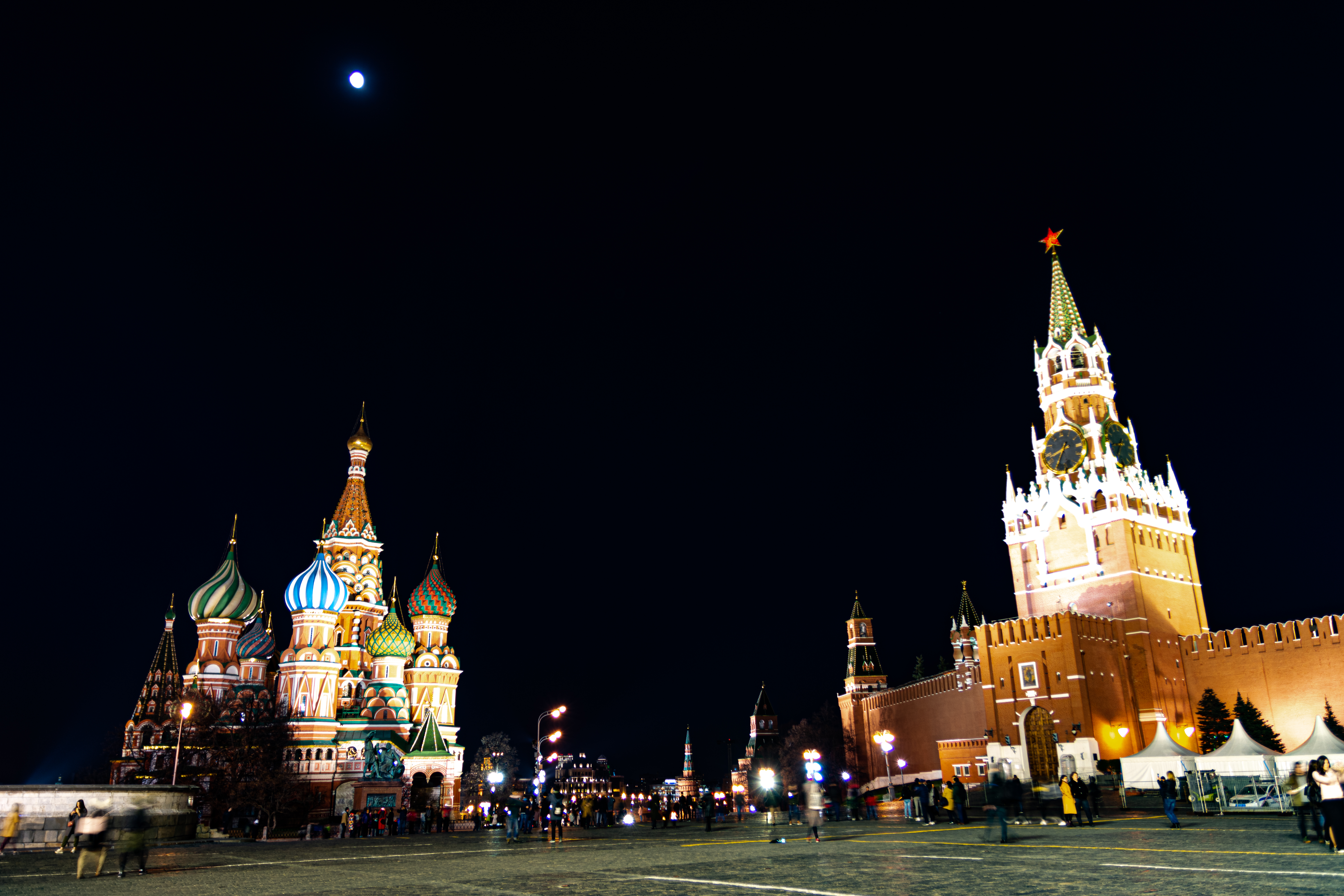 Even though Russia was our ‘big trip’ this year, we did surprisingly little planning for it. We’d wanted to do the Trans-Siberian for years, but it had always seemed like a far-off pipe dream. Until, one chilly evening in March, we suddenly decided we’d spend two weeks in Russia come April.

We applied for our visas (and wrote a guide to help you through the process too), bought our plane and train tickets, and booked our hotels. We were set for the trip of a lifetime…but not at all prepared for what a wild ride visiting Russia can be. Which is why we want help you plan your trip to Russia by sharing these 5 things we learned along the way. 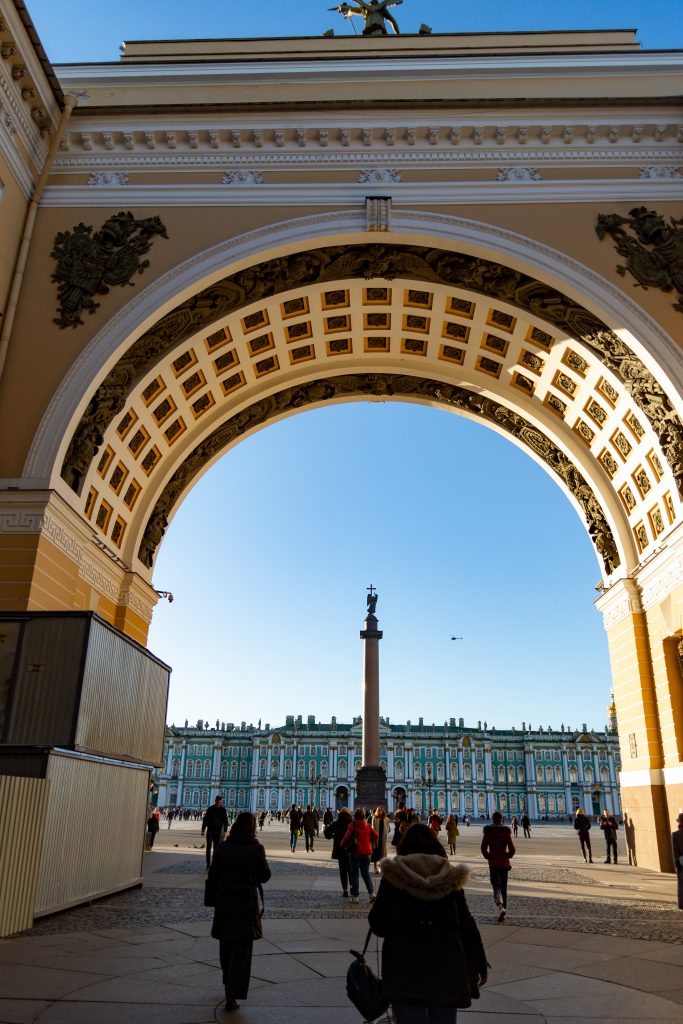 As native English speakers, Gaurav and I have become a bit spoiled with how easy it is to travel these days. It seems almost everywhere you go in the world people can speak English, but you should be aware that this is not the norm for Russia. Of course, when you visit tourist attractions or tourist heavy sites in Moscow you’ll find English to be more common, but in other parts of the country, St. Petersburg included, it can be a hit or miss.

You might walk into one bar and encounter staff that speak English, then go next door and find yourself miming your order. And forget about finding English speakers on local transport. We got lucky on the Tran-Siberian because we landed a provodnik (conductor) who spoke a little English, but the rest of the staff only spoke Russian. One evening we spent 10 minutes or so going back and forth with an employee at the train ticket counter using Google translate because she spoke about as much English as we do Russian (aka: not much).

This is why it’s a good idea to learn some basic Russian phrases before you travel. Russia is truly unique in the pride it takes in its culture and language and its refusal to Westernise or cater to the English-speaking world. And we don’t mean this in a negative way at all! It was refreshing to travel to a country that presented amusing challenges and opportunities for communication. We really loved this about Russia. 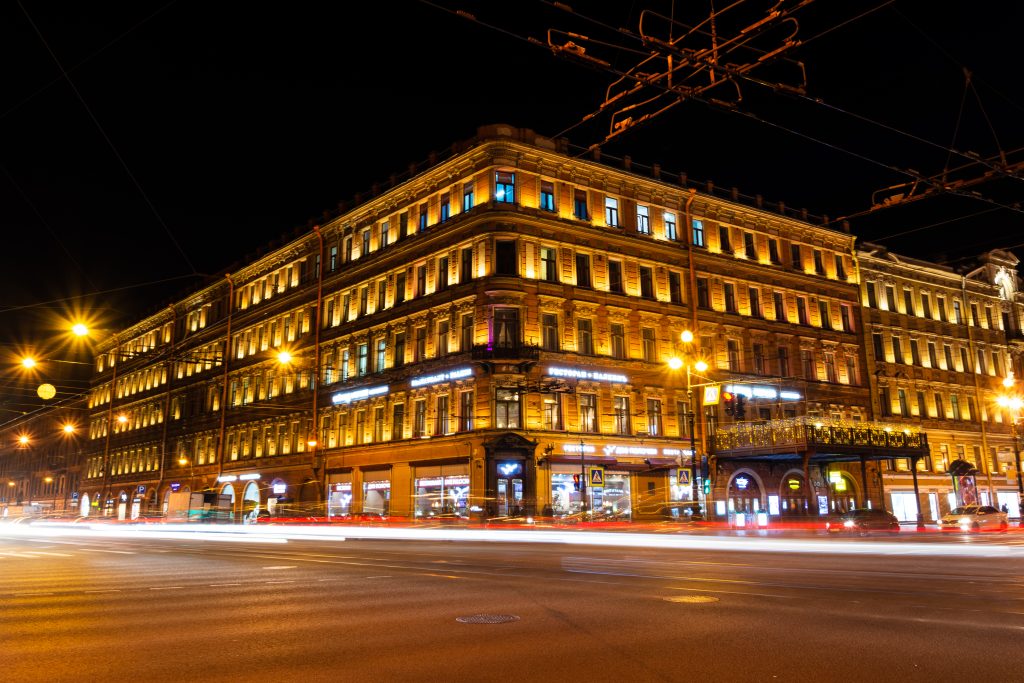 We know, we know, it’s hard to imagine a world without Airbnb isn’t it? It’s incredibly rare for Gaurav and me to book hotels these days because Airbnb offers so many lodging choices, and can often be more cost efficient. But Airbnb isn’t really an option when you travel to Russia, and you’ll need to adapt accordingly.

The popular accommodation booking site seemed to struggle to take off in the Russian market and ended up closing down a few years ago. Though it still operates on some levels today, there are a lot of restrictions which translates to fewer listings. That means that these days booking a hotel is pretty much the only way to go when you visit Russia.

Don’t worry though, if you’re willing to invest a little time in shopping around, you can find some reasonably priced hotels. For our stay in St. Petersburg we booked a great 3-star for 2 nights, with breakfast included, for the great price of £75! Look around and avoid the big international names if you want to get decent prices. And staying in the small hotels can be an interesting experience as a lot of them are located in the dilapidated Soviet-era buildings. 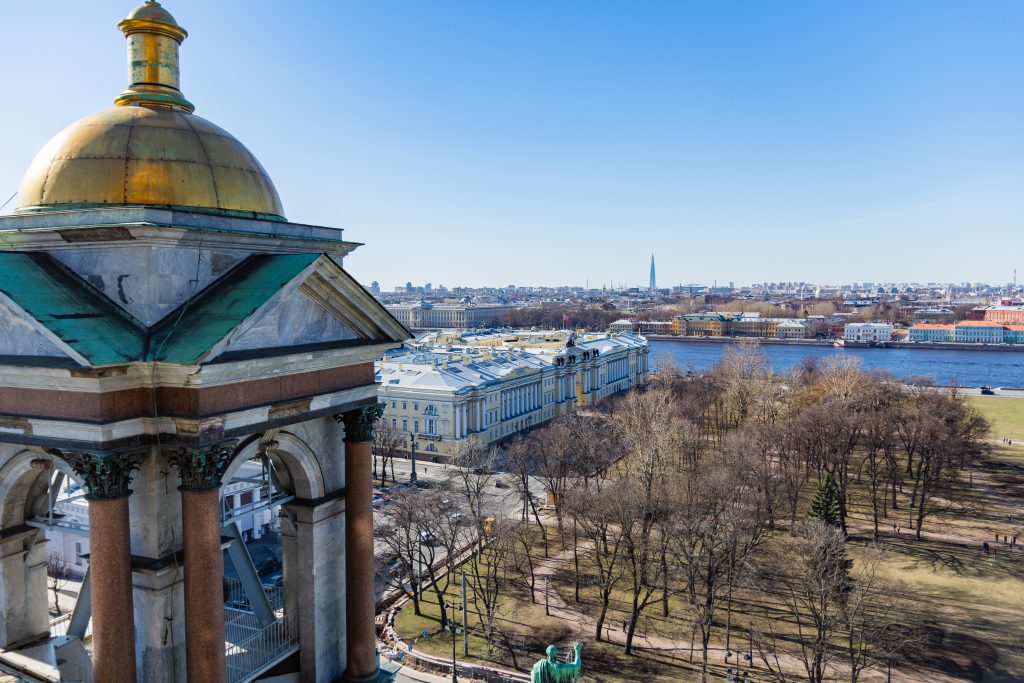 Gaurav and I have a little tradition of mailing a postcard back home to ourselves from wherever we’re traveling. We’ve sent ourselves letters from all over the world—Cambodia, Mexico, and even Oman—without a single issue, but Russia was one country where we really struggle with mailing a simple postcard.

Going to the post office anywhere in Russia can be something of a nightmare. Our one attempt in St. Petersburg went something like this: we located the post office in a grim, grey building and entered to find a large group of people sitting or standing, all of them looking incredibly miserable. As we struggled to figure out how to use the machine that dispenses number slips (it was all in Russian, of course), a woman breezed in, reached around us, and got her number.

Let me just say that going to the post office can be stressful enough for locals, which may be why no one was willing to help out these two obtuse tourists who hadn’t the faintest idea what was going on. Post offices also tend to run out of stamps, so even if you do choose to wait an hour for your turn at the counter, it might all be for naught.

The moral of this story, I guess, is ask at your hotel concierge. You might get lucky and find the concierge in a good mood and willing to find you some stamps. Keep in mind that you’ll need to pay a higher fee for this service! 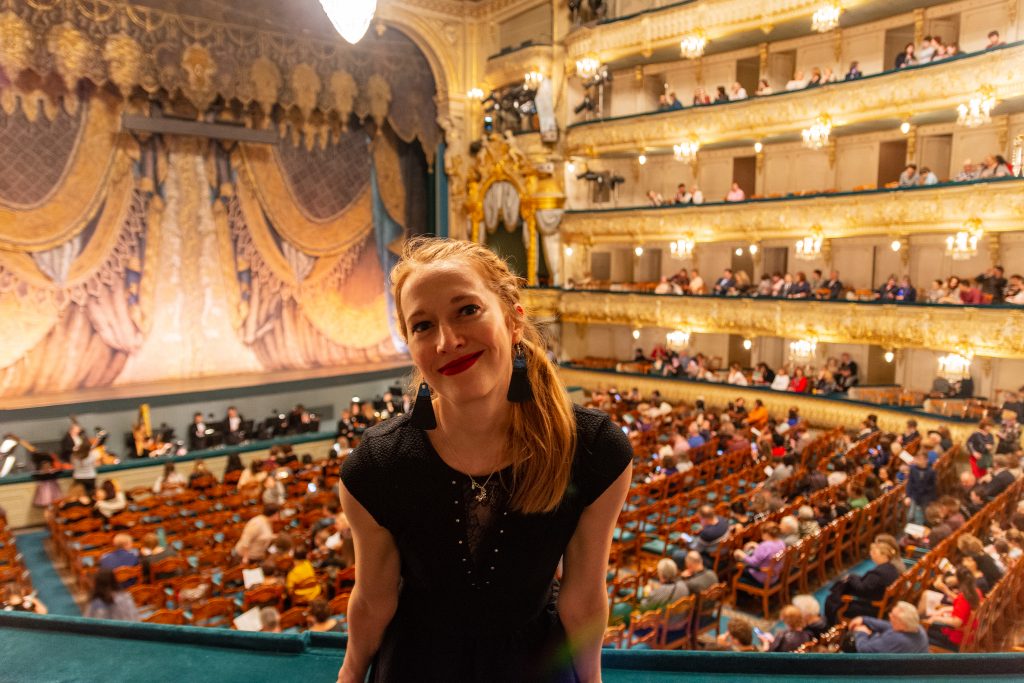 Russia seems to operate by some older, more traditional rules, and the expectation to check coats and bags is one that really caught us off-guard. When you go to the theatre or the museum, it’s bad form to take your coat with you inside. In fact, at the museum we weren’t even allowed to enter the display area until we checked our coats!

It is a bit of hassle to check your coat, but on the bright side the service is free. It’s also respectful of employees and other patrons—especially when at the theatre. When we went to the Mariinsky Theatre to see a performance on our second day in Saint Petersburg, we naively removed our coats once we were seated and draped them over the back of the chairs. This looks messy and, in the winter when everyone is wearing bulkier items, can get in the way. The theatre attendants also don’t want to wait for people to put on their layers at their seats, as we learned when we were rushed out into the corridor by a slightly cranky lady who wanted to tidy up the box. 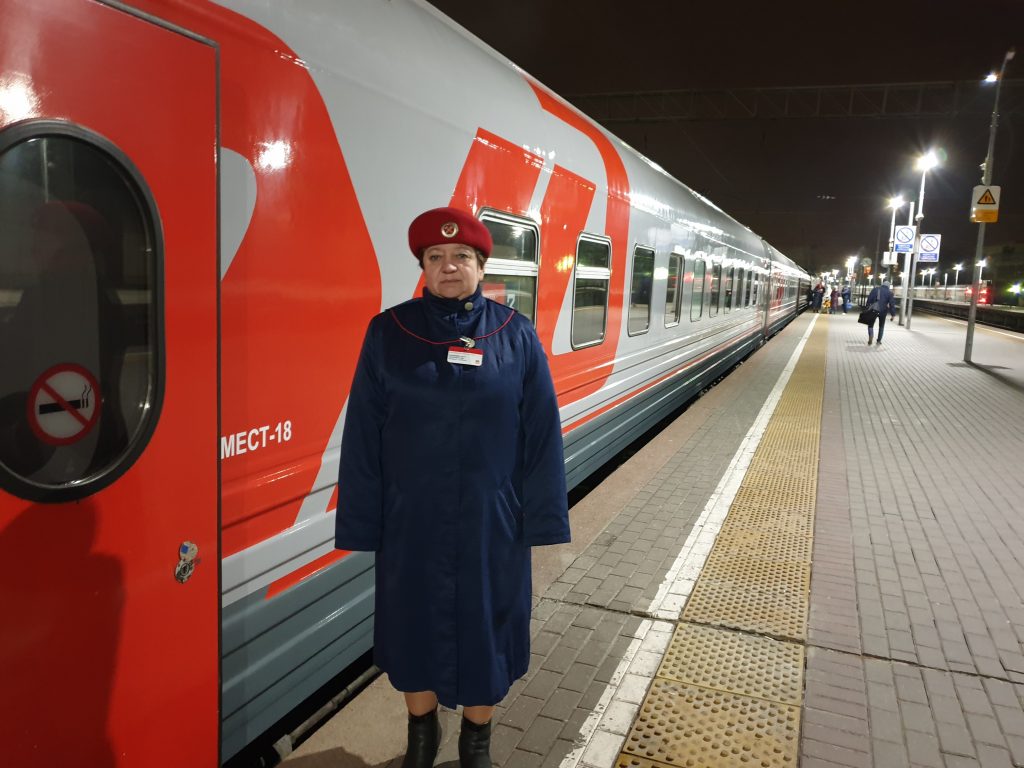 Russians are generally shown as being blunt and to-the-point and this was one stereotype we found to be accurate. In Russian culture small talk tends to be avoided and smiling isn’t the norm. Some of this may tie back to Russia’s history, which has been chaotic enough that you can see why Russians have developed a grim, hard exterior.

The reality is, Russians are quite kind and friendly, but it just might not be in a way you’re used to. For Russians it would be rude to waste someone’s time with small talk as opposed to getting straight to the point, and don’t be put off if people don’t smile back. They’re not being mean or rude, it’s just not the norm to be overly expressive.

You should also take note that staring isn’t always considered rude in Russia, and Gaurav and I sometimes found ourselves subjected to some pretty intense looks. This may not be the case for everyone, but it happens every now and then because we are an interracial couple. It seemed more common in Russia because I tended to be mistaken as someone of Russian descent and people were curious about how I’d ended up with an Indian partner. We kept reminding ourselves that these stares were probably not intended as aggressive—though it’s hard when the culture encourages such stone-faced expressions!

Hopefully you have a better idea of what to expect when visiting Russia! Are you planning a trip to Russia? Leave us a question below. Have you already been? Leave us a comment below and tell us about your experience! 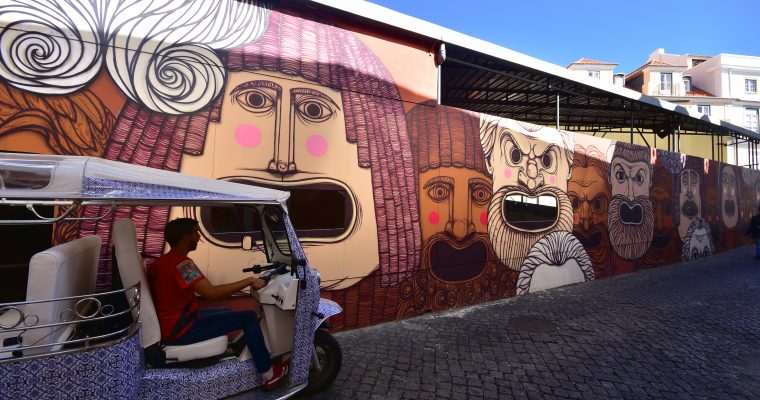 5 Small Ways To Save Money While Travelling

G and I are not luxury travelers. We’re not the types to lounge in 5-star hotels, get massages every day (unless we’re in budget-friendly Bali, of course!), or seek out expensive bars and restaurants. While there are some countries where we can afford the occasional […] 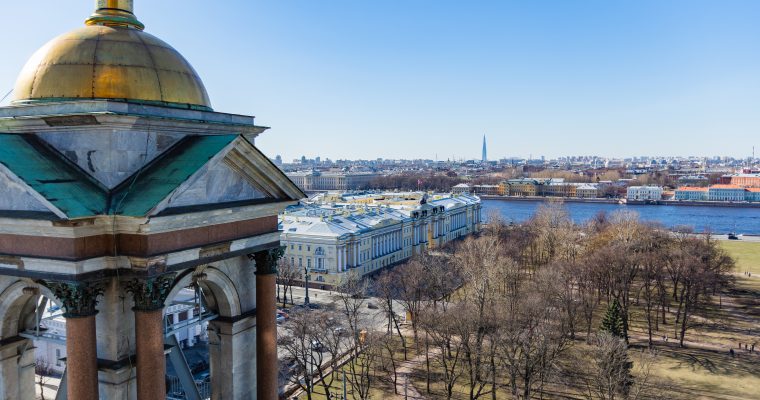 You shouldn’t pass up the chance to visit St. Petersburg while in Russia, and here is an amazing itinerary of must-see places.

This site uses Akismet to reduce spam. Learn how your comment data is processed.